As one of the world leaders in circular saw blade technology, Kinkelder plays the starring role in the pilot of the movie series “Makers van Gelderland” (Manufacturers of Gelderland). By showing inspiring images and stories, this initiative of the Dutch Province of Gelderland presents the “hidden champions” of the manufacturing industry.

A study, initiated by the province, shows that there are over 7,000 production companies in Gelderland. But only a few of them are well known. “Makers van Gelderland” provides a platform for these companies, products and most of all, the people.

The movie premiere took place May 12th during a debate in Ede about the economic future of Gelderland. To promote the manufacturing industry, the website www.makersvangelderland.nl has been launched, which also displays the Kinkelder BV movie. 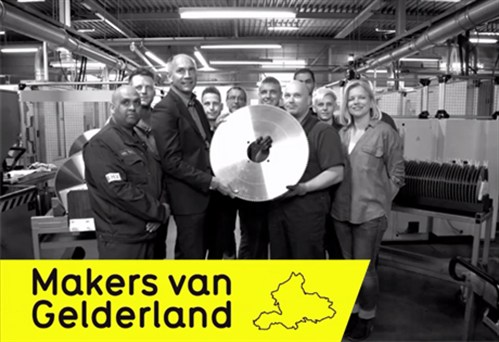